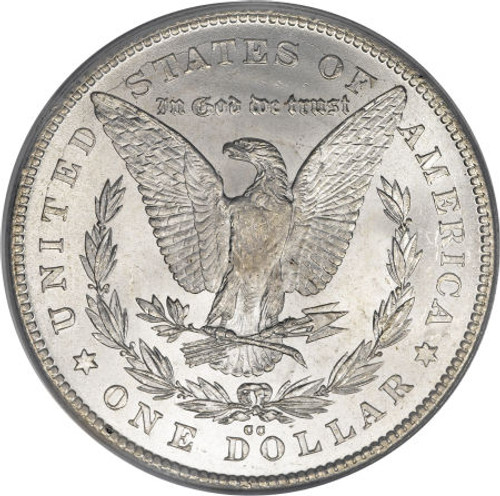 Built at the peak of the silver boom, the Carson City mint was established to produce coins from silver mined at the Comstock Lode, which was the first major U.S. discovery of silver and gold ore and was located on the eastern slope of Mount Davidson in Nevada. This famous frontier branch of the U.S. mint became part of the legend of the Old West when it was closed in 1893.

Mintages in Carson City were much lower than other branches, making these coins among the most highly sought after collectibles in history. Order yours today!

*The coins pictured are used strictly to show the design and do not represent the condition of the coin offered here.

In 1878 the famous Morgan Silver Dollar debuted.  The design for the bald eagle showed the maje

THE MOST BEAUTIFUL OF ALL MORGAN DOLLARS. If you are a serious collector of silver dollars, you are