The dictionary definition of a Privy Mark is: a symbol on a coin that identifies the minter or mintmaster. I'm not a fan of this definition! Let's go deeper. Yes, it is there for different types of identification purposes but it has been used many ways over many years. Other countries have used privy marks for centuries and they often were there to identify where or when a coins was struck. The main reason this question is coming up so often is due to the U.S. Mint's recent releases of commemorative coins having special privy marks. In actuality this use is not a new addition to U.S. coins. Most collectors do not realize this has happened often in our Mint's history!

Privy marks on foreign coins often denoted where coins were struck. In the United States, our use of mint marks served the same purpose. Therefore, the history of privy marks in the U.S. were used for different reasons. One of those reasons was when silver content was changed back in the 1850's. Between the years of 1853 to 1855 small arrows were added next to the date of silver coins to mark the silver content changed. When it changed again in 1873 and 1874, the Mint would once again use the arrows to mark the silver coins. 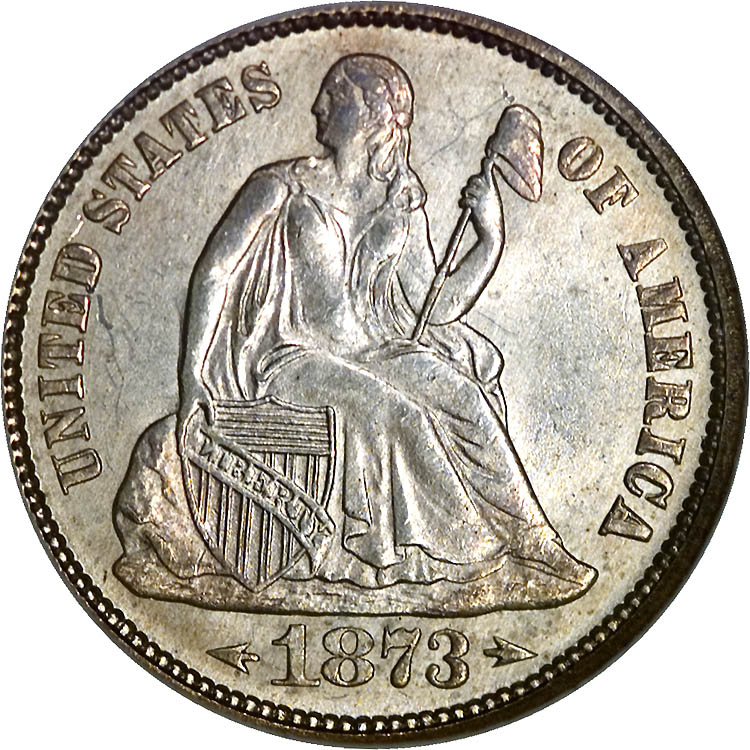 Since silver coins no longer circulate, there is no need for arrow privy marks on modern coins. But the Mint has used them often on our modern coins. They readily admit the privy marks are really there to help sell the coins! A good example is the $100 Platinum Eagle Proof coins between 2009 and 2014. A small eagle was added to each coin in the series. This made perfect sense since the series was called "The Preamble to the Constitution" series. It also was moved from place to place on each coin making it an interesting addition on the series.

One of the most recognizable privy marks gained a lot of popularity on the 2020 release of of the End of World War II coins. A privy mark of V75 was added to the coins to celebrate the victory 75 years earlier. There are other modern issues we will see made up through 2032 that will carry there own privy marks.

My favorite use of privy marks just happened recently on the commemorative Morgan Silver Dollars. For the 100 year anniversary coins, the Mint released 5 Morgan Dollars carrying the mintmarks from the original mints. The P,D, and S mintmarks were not a problem. However, how do you mintmark a coin from Carson City and New Orleans? They are no longer in operation. Easy, privy marks! Not only do they add to the lore of the Morgan Silver Dollars but they actually are being used closer to what a privy mark is typically used for.

In short, privy marks have been used for centuries to show origins, mints, and changes. Today, they are mostly nice additions, giving more detail into the coin's purpose. As collectors know, the detail and the story behind the coin always add more fun. Happy collecting!