In 1933, the United States Government recalled circulating gold throughout our Nation to fight the hoarding of precious metals during the Great Depression. For almost 40 years it would be illegal to hold personal gold bullion. Finally, thanks to Ronald Reagan and the Gold Act of 1985, gold and silver would be produced in our Country for personal ownership. In 1986, the American Gold and Silver Eagles would make their introduction. 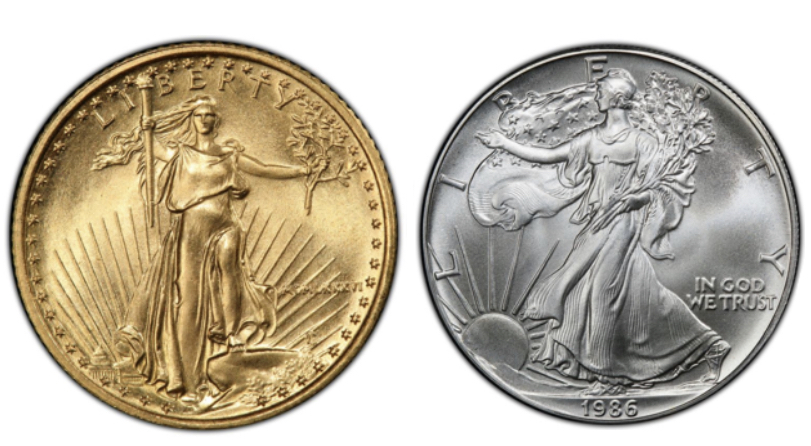 The obverse (heads) of the 1986 Gold Eagle would retain Augustus St. Gaudens' famous design from the $20 Gold coins that existed when gold was recalled. As an homage to the first St. Gaudens' gold from 1907, it would also have the 1986 date spelled out in Roman Numerals. Soon after, in 1992, the dates would revert back to standard Arabic Numerals like we see on the coins today. The reverse (tails) of the coin would have a completely new design for 1986. For the past three decades, Miley Busiek's "Family of Eagles" design has become synonymous with the American Gold Eagle program.

Likewise, the American Silver Eagles would be produced in 1986 bearing another well known design. The obverse of the Silver Eagle bears the "Walking Liberty" that became famous on Adolph Weinman's design of the Walking Liberty Half Dollars. In 1986, the reverse of the silver would have a totally new design from John Mercanti that has become known as the silver Heraldic Eagle.

Both of these coins are extremely popular and are considered some of the finest designs and workmanship on U.S. coinage. So why do we need a change? First off, most collectors do not realize, from a law enacted way back in 1890, a regular issue coin's design cannot change for 25 years. Obviously, it does not apply to all coins nowadays, or special issues, but the Silver and Gold Eagle bullion coins fell under this old law. That's why design changes for these coins have been rumored for years. So why now?

Ironically, the law was enacted in 1890 with the thought of the public being so familiar with our coinage they would spot counterfeits easier. Naturally, things have changed in the past 130 years! Today, counterfeit coins are a REAL problem, with several countries around the world coming up with different ways to keep their coins from being counterfeited. Congress and the U.S. Mint decided it was a good time to do the same with our American Eagle program. In proper Government fashion, they decided to never let a problem go to waste! Next year, 2021 also happens to be the 35th Anniversary of the American Gold and Silver American Eagle program. This way they can kill two birds with one stone. Issue a new design and help ensure sales by having the new issue fall on a popular anniversary! I'm not mad, it is good marketing.

So far, the Mint has been hesitant announcing all of the anti counterfeiting measures on the coins. Regardless, it IS time for a change. Only changing the reverses off the coins is also a good move. The Eagles are some of the most collected coins in the world and changing everything would be a mistake. If done properly, the new designs have a chance to show even more detail and the extensive workmanship for our Country's flagship precious metal coins.

The new 2021 Gold Eagle reverse was designed by Jennie Norris. 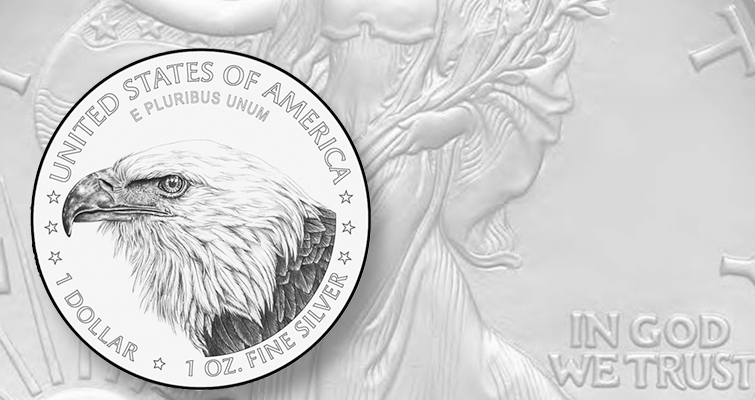 The new 2021 Silver Eagle reverse was designed by Emily Dystra.