The year 2020 will be forever remembered in history. The Covid-19 pandemic would ravage our world and almost everything would change. The effects would also ripple through the world of coins and even the U.S. Mint would not escape. The San Francisco Mint and the West Point Mint were temporarily shut down due to safety precautions concerning the pandemic. This would affect the ways coins were produced, the amount of coins produced, and even how coins could be ordered. All Mint shops closed and Mint tours would be a thing of yesteryear. 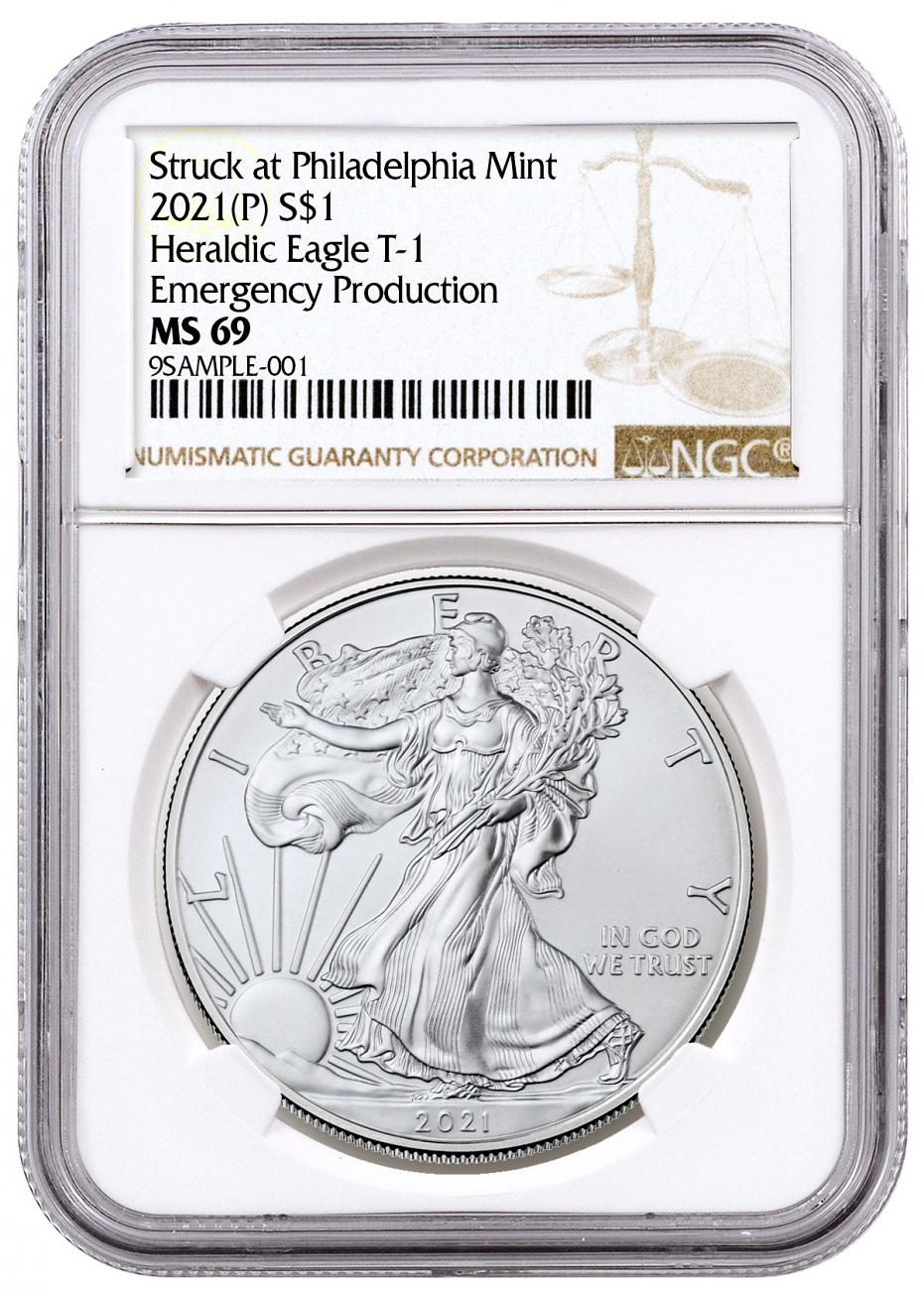 Once again, the Philadelphia and San Francisco Mints would supplement West Point on the production of the American Silver Eagles. The rising price of silver, and palpable fear, had more and more people looking to purchase the Silver Eagles. To help the supply, Philadelphia would begin striking the bullion silver dollars. Ultimately, only 240 thousand coins would come out of Philadelphia’s production. Once again, NGC and PCGS would certify the silver dollar with a parentheses (P) and labeling the coins as “Struck at Philadelphia” and “Emergency Production”. By this time, the parentheses coins had almost a cult following with Silver Eagle collectors and the 2020 Emergency Production coins are highly sought for.

When everyone thought the Mint was done, another surprise came to the forefront. Not only did Philadelphia produce emergency production coins but so did San Francisco. Nearly 2 million bullion Silver Eagles would be released from the San Francisco Mint. Immediate certification would also earmark these beautiful coins as Emergency Production and be labeled as Struck At San Francisco from the third party graders. 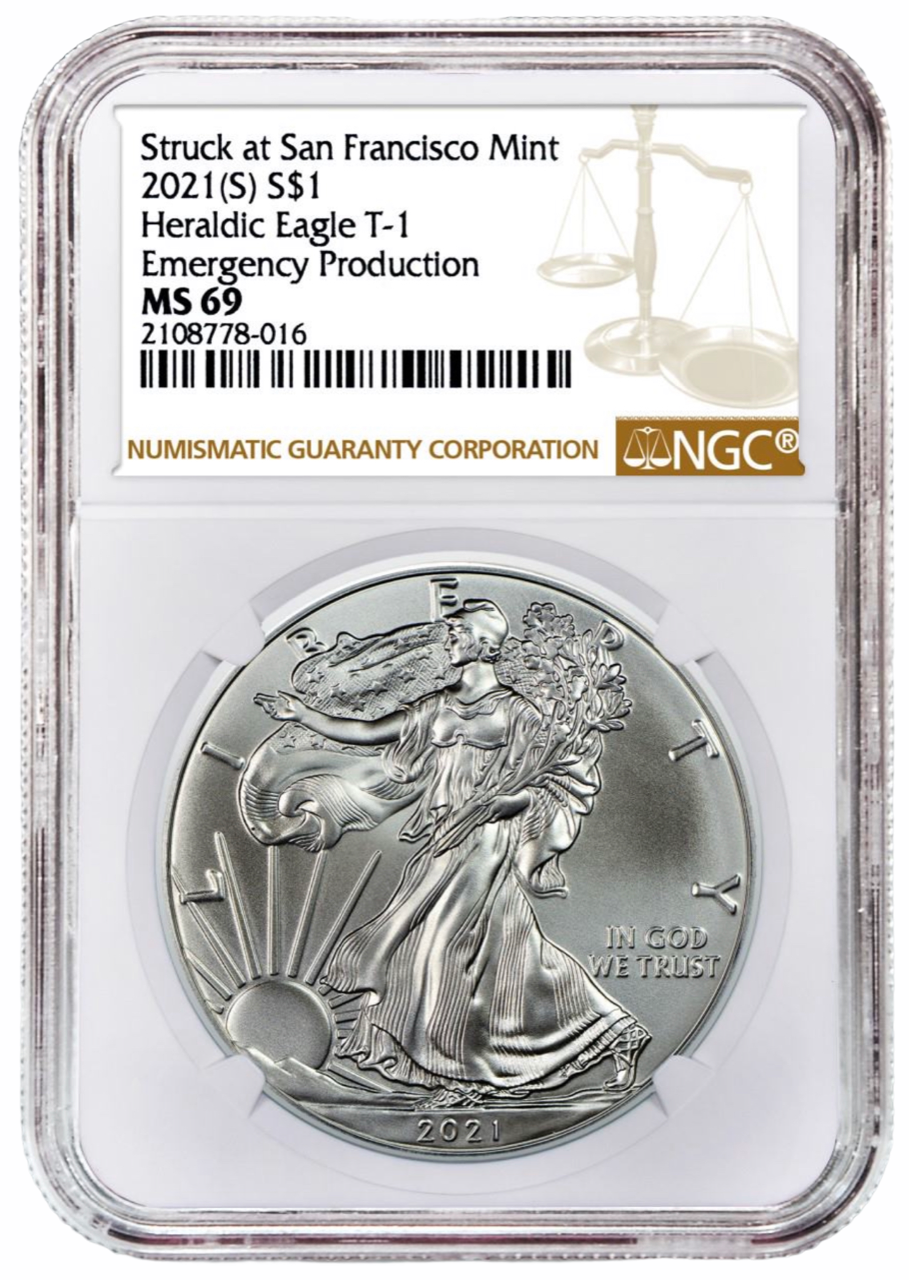 The year 2021 would also not be outdone. The demand for silver still ran strong and another round of Emergency Production coins would be produced. This time starting in San Francisco. They would limit the output this year and strike exactly 1 million coins. It wasn’t long until Philadelphia would once again be pressed into the Emergency Production striking. Limited to just 495 thousand coins, the last Type 1 Emergency Production would be even more popular.

Not only did the parentheses and emergency production verbiage catch the ear of collectors but so did the draw of the last of a design. With 2021 marking the end of the Type 1 American Silver Eagles, this year would also be the 35th anniversary of the series. Anniversary coins have always had a special appeal but add in a design change, a parentheses, and emergency issues… it seems destined to be a great collectible!

Since the release of information from the United States Mint, due to the Freedom of Information Act, more and more information will be forthcoming defining which bullion coins were struck at each mint. The information will provide a lot of insight but will not necessarily be verifiable due to the lack of surviving original monster boxes which have never been opened. Undoubtedly, one day we will see even more coins that will fall into this subset of highly collectible parentheses coins. It will be quite an adventure for collectors everywhere!