As collectors we sometimes forget most of our favorite coins or designs were originally produced to be used as everyday money. It would seem odd today to "plunk" down some silver dollars to the Walmart checkout person! Obviously, modern silver coins are not produced to be used this way and said checkout person would be very confused! The U.S. Mint is producing coins with a higher level of quality than we have ever seen before. But really, what is a proof or uncirculated or burnished or business strike really mean?

First off, we need to understand the Mint's terminology. As far as the U.S. Mint is concerned, today's precious metal coins fall into one of three different strikes. So to begin, we need to understand that each of these is a strike, or method of production. In the past, some collectors wanted to make this about condition. All three of these strikes are about the minting process and condition can vary. The Mint produces all of their precious metal offerings as either a:

Let's break each of these down so they are easier to understand and identify.

A Proof coin as a strike is easy to identify but does not denote the condition of a coin. Proof coins will have the noticeable 2-tone look where a portion of the coin has extreme luster balanced by other design elements appearing in a frosty finish. I describe it as such since there are several varieties of proofs such as as your standard proof, reverse proofs, enhanced proofs, as well as enhanced reverse proofs. We won't go into all of the different varieties but the concept across the board are coins made with high luster contrasted by frosted areas. The condition of the proof coins are still based on the Sheldon Rate Scale and will fall between a numerical value of 1 to 70. Proof coins are made and handled with extreme care resulting in some of the most consistent high condition coins released from the Mint. Here is a good example: 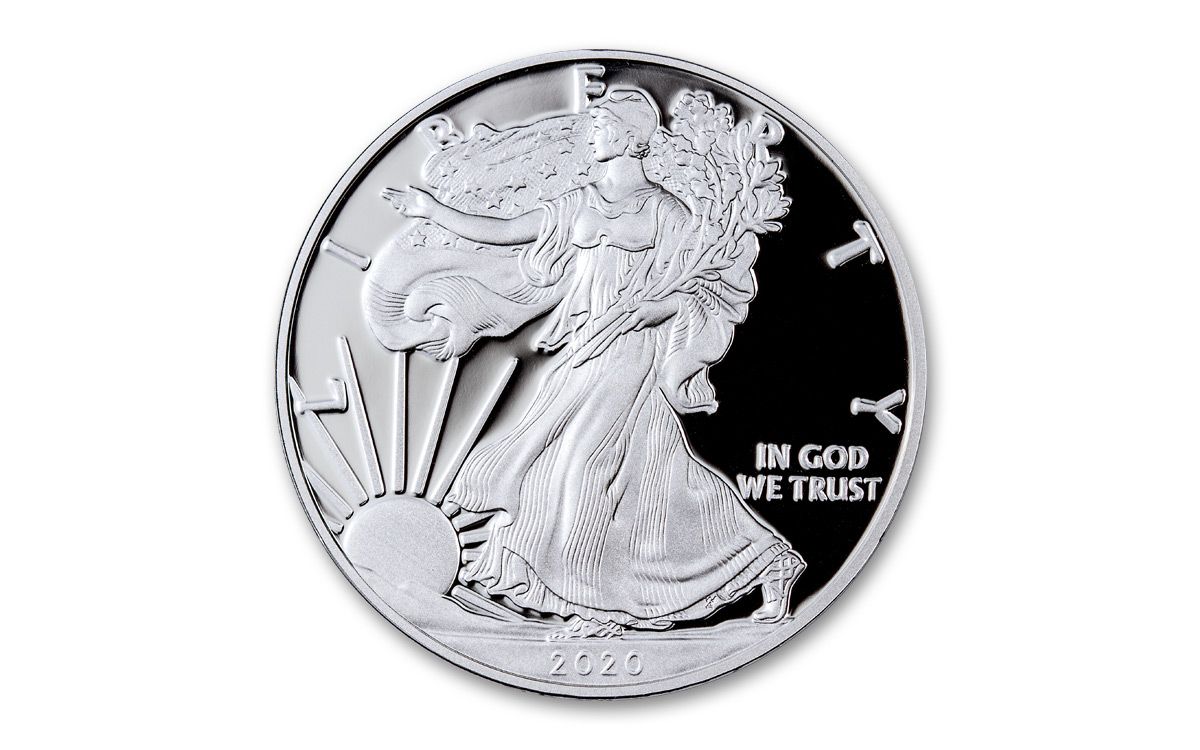 All things being equal, the Uncirculated strike of coin is relatively new. The Mint first started this strike element back in 2006 with the popular Silver and Gold Eagles. Another term used for this type of coin is burnished. Burnishing refers to a part of the extra care taken into the preparation of the raw blanks prior to the coins being struck. The burnishing process is also used when the Mint strikes the Proof coins but the Uncirculated coins are struck multiple times on unpolished dies to make a coin which typically comes directly from the Mint in excellent condition. The Uncirculated strikes of the coins are quite rare and are intended to be released in very high conditions. In it's simplest form, the Uncirculated strikes were made to be collectible versions of their business strike counterparts and will carry the mintmark the business strikes do NOT have. 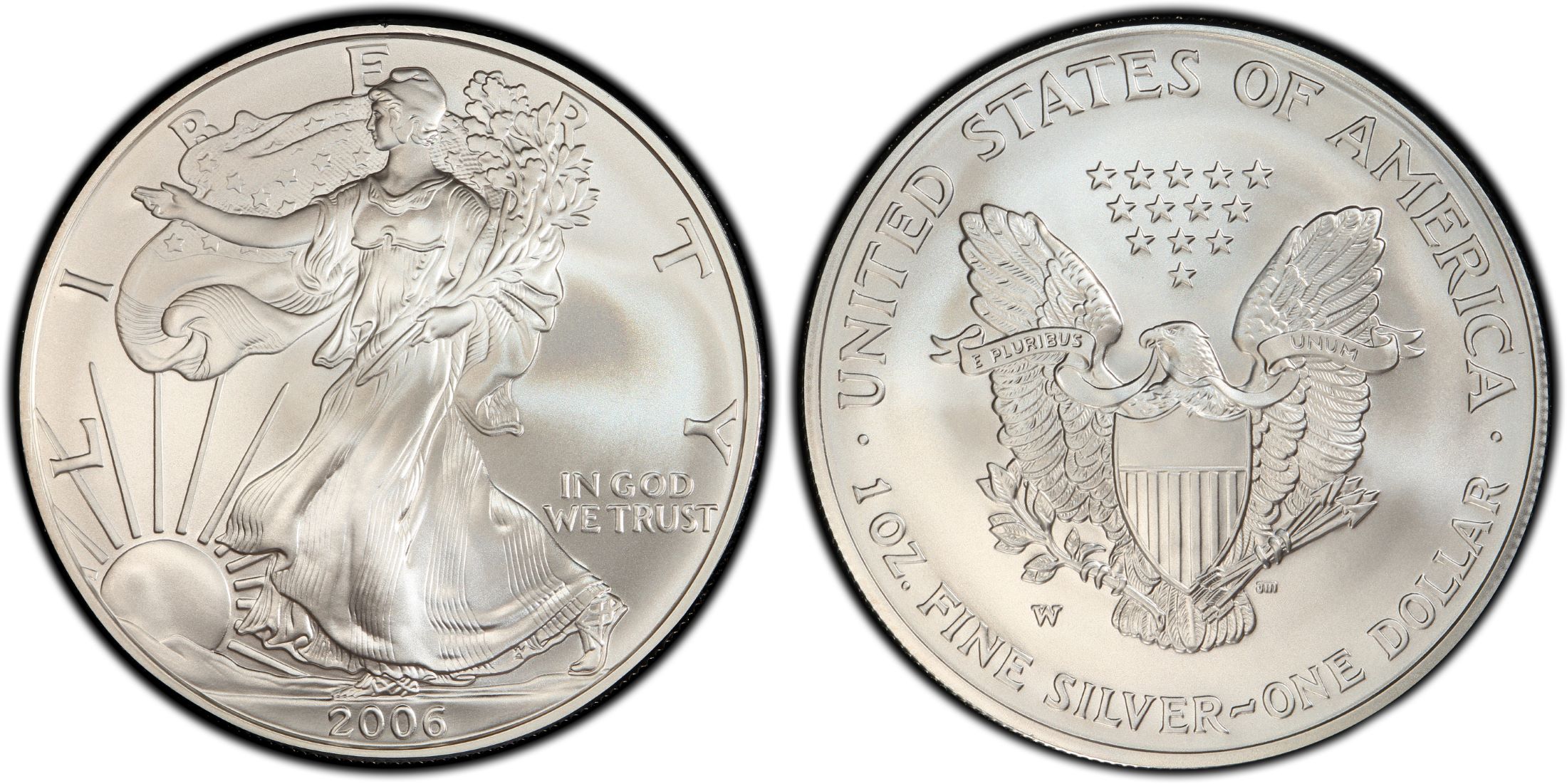 This version is the most common of the three different strikes and the most collected of the three strikes. They are also known as bullion coins. Not only do they tend to be cheaper but across all options they are far more available as well. The Mint does not make the business strike coins directly available to the public and instead distributes them across the country to be sold by vendors and coin dealers. The business strikes are handled far differently than the proof and Uncirculated strikes by the Mint. They are only struck once, are not handled with the same care, and are initially packaged in rolls of multiple coins instead of individual airtight holders. This is not always a bad thing since it does make these strikes the most affordable. It also means that finding extremely high quality coins is more difficult but can be very rewarding when you do. The business strike coins have been made at several Mints over the years but they do not have a mintmark to identify which Mint in which they were struck. Today, the lion's share of business strike coins come out of the West Point Mint. 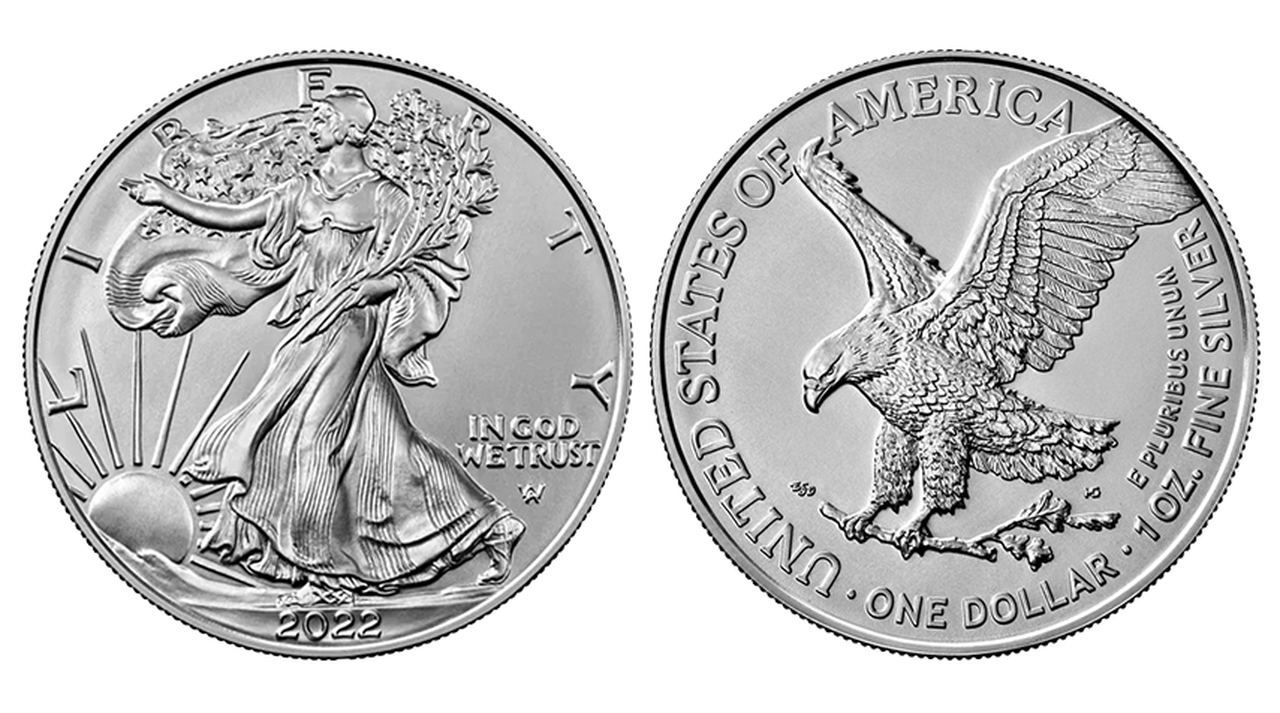 Decoding the strikes helps collectors decide what kind of coin they are looking to purchase. If beauty is the goal, the Proof strike may the one for you. If you are looking for a technically struck version of the bullion, the Uncirculated strike will fit the bill. For those who want the most bang for their buck, the business strikes are the way to go. If you're the collector who loves looking for a diamond in the rough, than the business strikes will allow you the chase to find something special as well. Whatever you choose, the American Eagle Program has been one of the best things for the U.S. Mint and has allowed collectors to pinpoint the exact coins they are after, Happy collecting!