We landed on the moon!  As a country, we have the 50th Anniversary of the moon landing to celebrate in 2019. The Mint gladly jumped in early this year and produced several coins to commemorate the famous lunar landing on July 20, 1969. Upon release they were jumped on quickly. However, these are not the first US coins to commemorate the moon landing. Do you remember the first one to come out?  The Apollo 11 Commemorative coins have brought a new look and are very popular.  Let's jump into the coins that have helped us celebrate such a significant accomplishment.

"That's one small step for man, one giant leap for mankind." - Neil Armstrong

Upon release, the Eisenhower Commemorative Dollars would turn out to be a double commemorative coin.  Not only would it honor president Dwight D. Eisenhower but it also would commemorate the first landing of man on the moon.  Inspecting the reverse of the coin you will notice it is an adaptation of the Apollo 11 insignia.  In 1976, the Eisenhower Dollar would get another adaptation and would add in a third commemoration!  The dual dated coins (1776-1976) would also celebrate the 200 year anniversary of our country.  The obverse still had Dwight Eisenhower with the reverse showing the appearance of an eagle landing on the moon.  Some collectors have overlooked the Eisenhower dollars due to the circulating coins containing no silver content.  However, the collector versions of the uncirculated and proof coins do contain 40% silver and have seen a resurgence in collecting over the past few years. 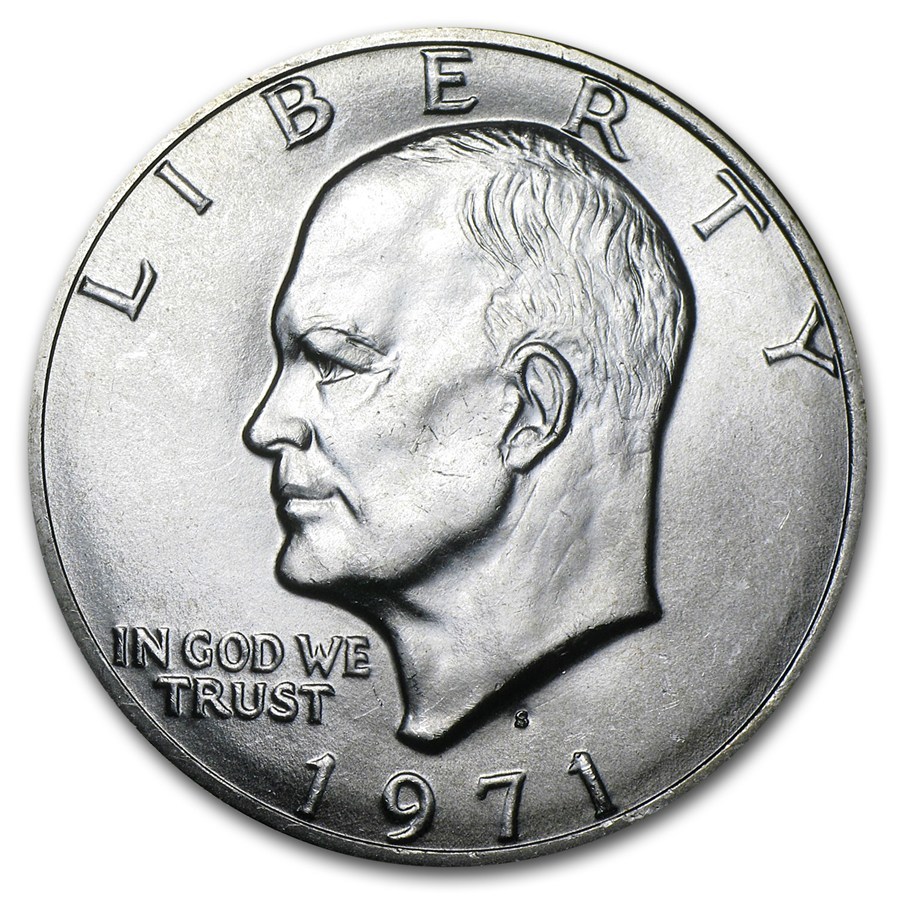 The Apollo 11 Commemorative coins were released among deserved pomp and circumstance!  Immediately popular, the Mint would produce them in both silver and gold in several denominations.  They were struck as a half dollar, one dollar and even a 5 ounce silver version was made!  In gold, they made the $5 commemorative in both proof and uncirculated as well.  Starting this year, the standard silver dollar will be 99.9% silver, making the commemorative more pure than ever before. Previous commemorative silver dollars were 90/10 silver, 90% silver, 10% copper. 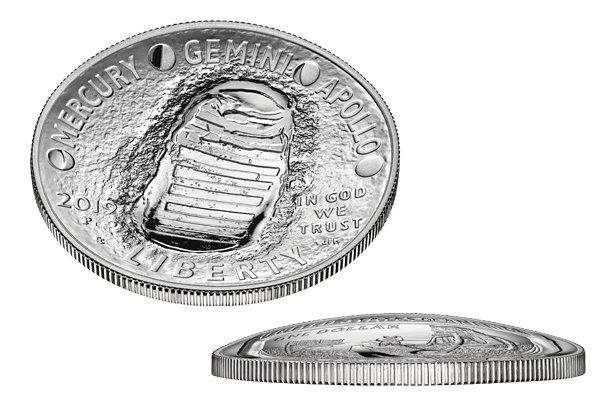 The most notable design feature and one of the reasons for it's popularity is the curve in the coins.  This unique bowl shape was used once before in the 2014 Baseball Hall of Fame Commemorative coins.  However, the mint has also included a very unique design with the Apollo 11 footprint sunken into the incused portion of the coin!  Without a doubt, this is the feature that has most collectors intrigued.  The 5 ounce silver version could also double as a weapon or a cereal bowl!  Maybe that is an exaggeration but not by much.  Of all of the versions released, it was the first to sell out and is still shown as on back order today.  The secondary market is seeing a lot of sales of the 5 ounce coin with the limited mintage of 100,000 coins.

The raised portion of the coin is also very attractive. This design features a representation of a close-up of the famous “Buzz Aldrin on the Moon” photograph taken July 20, 1969, that shows just the visor and part of the helmet of astronaut Buzz Aldrin. The reflection in Buzz Aldrin’s helmet includes astronaut Neil Armstrong, the United States flag, and the lunar lander. Inscriptions include “UNITED STATES OF AMERICA,” “ONE DOLLAR,” and “E PLURIBUS UNUM.”  Commemorative coins have always been either a hit or a miss depending on how the collecting public responds.  With the Apollo 11 Commemorative Coin Program, these are definitely a hit! 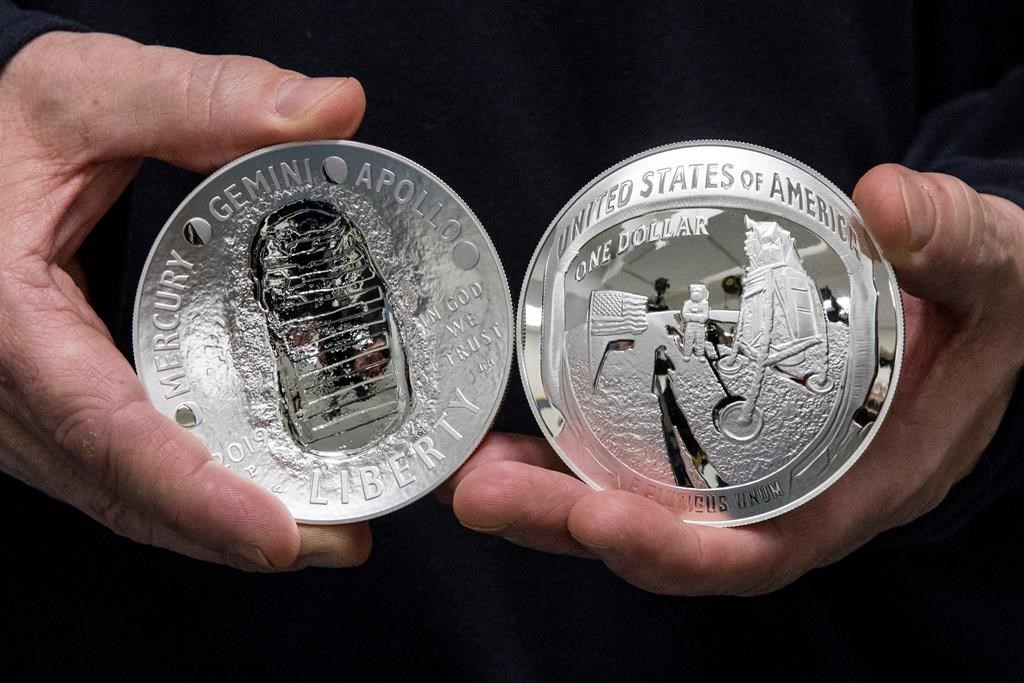