What is a GSA Morgan?

To begin, GSA stands for Government Services Administration. It is the part of government that was tasked to make these coins available to the public. The GSA Hoard of Morgans was almost 3 million coins, with over 95% coming from the Carson City Mint! In short, the hoard literally changed Morgan silver dollar collections forever. Several of the Carson City dates that were once considered extremely rare were suddenly there for the taking. Through a series of Government auctions in the 1970's and early 80's, the coins were made available to the public. They were encapsulated in easy to recognize holders (like the one shown) but some collectors considered them to be too clunky.

Here is a list of the Carson City Morgans from the GSA Hoard:

As the coins came out, the GSA Morgans would soon hit the shelves of coin dealers and collectors were happy to buy! At first, the holders themselves were not a big hit. They took up a lot of room and were heavy. Collectors and dealers figured the holders didn't matter, you're buying the coin not the holder, right? When Professional Coin Grading Service and Numismatic Guaranty Corporation came along, even more coins were broken from their holders to be certified. The certified coins plainly notate the Morgans were from the GSA Hoard but soon the original GSA holders would be a part of the story. 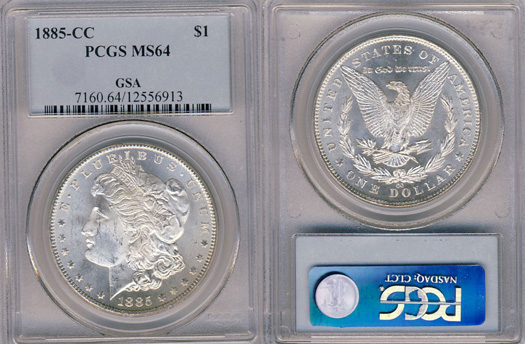 Coin collectors are like all collectors, we like the fine details that separate our coins from others. Soon, with the "mass destruction" of the original GSA holders, collectors started seeking the original packaging. It was a big enough search that PCGS and NGC even responded in how they certified the GSA Morgan dollars. They no longer removed them from the original holders and instead would band the holder with the grade and certification. So far, this seems to be the perfect balance most collectors were looking for. Regardless of how they are packaged, GSA Morgan silver dollars are widely loved by collectors and offered a whole generation a way to have coins most people thought they would never own! 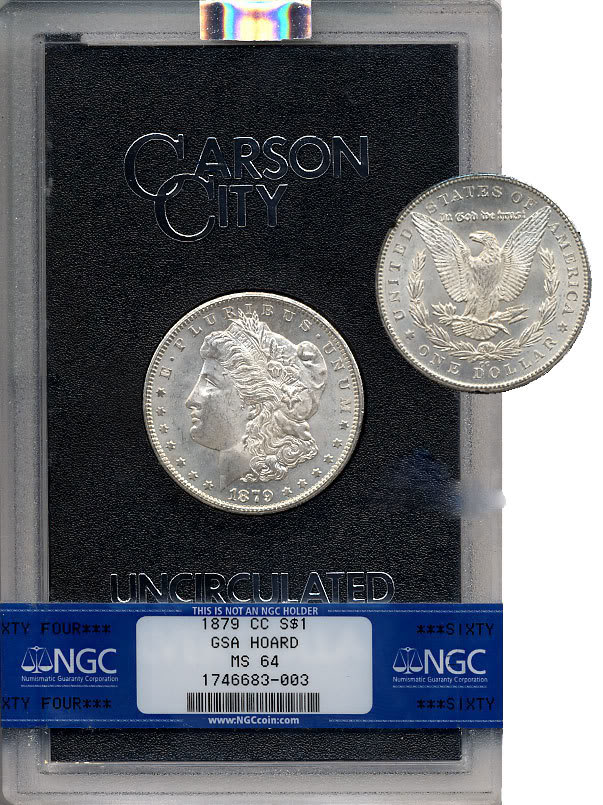